CLA has been in identified in most European countries. It affects sheep and goats in particular. It was first diagnosed in Great Britain in 1991 in sheep and 1990 in goats. Some years later Ireland confirmed the presence of the disease too. In Britain the prevalence of the disease may be as high as 18% in flocks. In severely affected areas more than a quarter of the flock can be affected.

The bacterium Corynebacterium pseudotuberculosis is the pathogen that causes the disease. 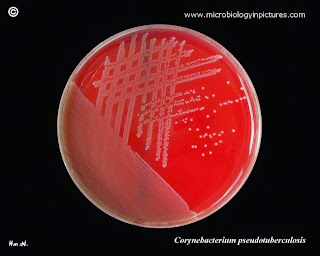 C. pseudotuberculosis is a rod-shaped, gram positive, non-spore forming bacterium. It is an aerobic (uses oxygen, “air” to respire) and can live in soil, hay and manure for up to 8 months.

The bacteria acts inside the cells and forms fibrous capsules around lesions, treatment against this type of bacteria is difficult for these reasons.

Globally the strains of this bacteria are highly related, suggesting little difference between the bacterium in Australia compared to UK and therefore meaning that control methods can be applied to most situations i.e. mutations have not yet caused significantly different virulent strains.

The bacteria are often spread between rams butting, close contact in dense stocking situations, ingestion of hay/straw/food infested with mucus/pus from burst abscesses.
Infection enters through wounds and open lesions.

In more severe and damaging cases the abscesses can spread internally. The difference between these two forms of the disease is that the form that exists only in the lymph nodes is known as “superficial” CLA; this form is limited to abscesses in the lymph nodes, seen visibly through the skin when the wool is sheared or separated. When the bacteria spread internally, this is known as “internal” CLA or “visceral” CLA (viscera are the internal organs of the body).

The disease spreads rapidly in the flock, especially between butting rams and in unhygienic conditions.

Main Symptoms:
·         Superficial lymph node abscessation, seen as swellings beneath the skin, which may rupture and discharge pus.
·
These abscesses can also act as reservoirs for the spread of bacteria to other sites of the body, most commonly the lungs.
·         Abscesses form beneath the skin in the parotid, prescapular, popliteal and prefermoral lymph nodes.
·         In visceral CLA the organs are affected by abscesses however this is not identifiable until necropsy (after-death investigation). 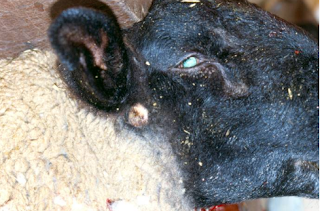 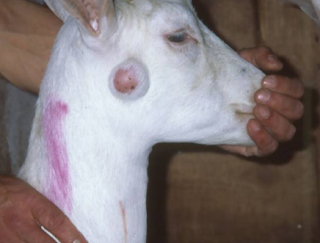 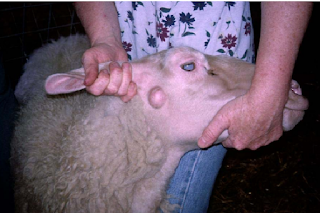 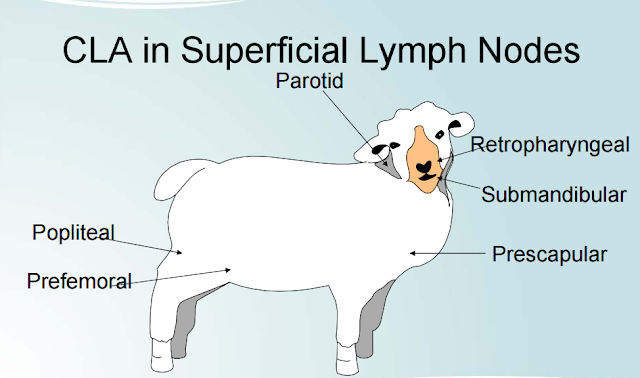 Prevention
The best way to avoid introduction of CLA is to avoid introducing new sheep that are not 100% clear of the disease. Often loaning rams or buying from untrustworthy sources is the manner in which the bacterium establishes itself among new flocks.
All new sheep should be thoroughly inspected before purchase- even so; visceral CLA can still be introduced as inspection will not confirm the presence of v.CLA in a sheep.
If buying new sheep is necessary, use a quarantine period or if possible treat new sheep as a separate flock.
New sheep that are clear of CLA, including new born ewe lambs used for breeding, can be made into a new separate flock which can form a base for a healthy non-infected source for selling to other farms. In this way, trade of infected sheep will be reduced if all systems take this method on board.

A problem associated with controlling this disease occurs due to the fact that incubation period (the time taken for the bacteria to multiply in the body, to reach an amount where clinical disease is shown) of the bacteria in the body of the animal is fairly long (up to 4 months).

As well as this, there are many cases that suffer from only the visceral form of the disease and therefore cannot be identified easily as being affected.

Furthermore the organism can survive for long periods in the environment, meaning that even if the infection is not present among sheep in that area, or there are no sheep in that area, the reservoir of bacteria can remain dormant in an area for a long time.

The only way to diagnose the disease definitively is by culture of the bacteria. This involves taking a swab from a suspected case and growing the culture of organisms in a lab to identify the C. pseudotuberculosis bacteria.

Even with diagnosis, antibiotic treatment is relatively ineffective so preventative measures of prophylactic antibiotic cannot be used.

If CLA is already confirmed in the flock there are some ways that the flock can be managed to reduce the spread and the severity of the disease.
·
Regular examination of the flock every 2-3 months to monitor the spread or likely cause can help to reduce future cases.
·         Separate those sheep showing suspicious lesions and cull those definitively diagnosed.

·         Bring in a “clean” and “dirty” flock policy.
·         Maintain high biosecurity measures and cleanliness.
·         At shearing times:
1)      Shear younger animals first, known infected animals last. This will reduce the chance of the bacteria being spread amongst the flock via the shearing equipment.
2)      Take measures of personal hygiene and disinfection seriously. Thorough cleaning of all cutters and combs is necessary after ever shearing season and when possible, between each ewe.
3)      Provide protective clothing and adequate measures of waste disposable to avoid spread of the bacteria to humans. Shearers should be reminded that CLA is a zoonotic disease.
·         Spread of infection before weaning is low…
1) Rearing weaned lambs as an entirely separate group should maintain this status.
2) This can then form the basis of a “clean” flock when outbreaks occur in other flocks.
3) It is also possible to sell from this flock with a higher degree of assurance that the infection is not being passed to the purchaser.
·         CLA Diagnositic blood-test can be used to confirm the presence of the infection which can help to monitor the flock transmission, develop control strategies and note the patterns of the disease.

Glanvac™ is an Australian combined clostridial and CLA vaccine which offer significant protection against sheep and goats, but is not authorised for use in the UK.
Currently in the UK there is no licensed vaccine for CLA and therefore prevention relies on strict flock control methods and a well thought out health-programme.

When treating CLA *never burst the abscess to expel the fluid inside* this can be an extremely quick way of spreading the disease to others and to progressing the sheep to a visceral form of the disease. If it is necessary, shave the area round the abscess, isolate the sheep, make a small incision I the abscess, drain it fully, apply disinfectant to the area around it and thoroughly clean the area afterwards where the sheep has been penned. Never leave the fluid that is expelled on the floor or near water troughs or food sources. 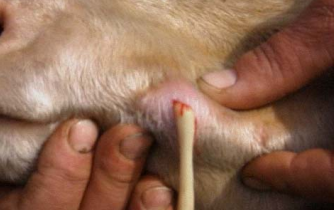